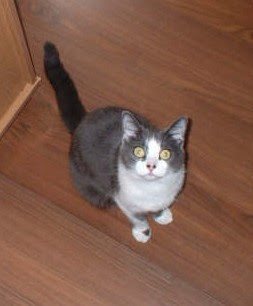 Markie was an affectionate, active, lively 4 year old cat. She was a very small cat but had a personality that was larger than life. She was loved very much and was part of my family.  I got her in July of 2004 when she was a very inquisitive kitten. My sister and I were driving to my home and Markie was in the cat carrier on my back seat meowing like she was asking questions. Since calling her Question Mark was a little silly, Markie it was. I last saw her Saturday, August 23, 2008 at 8:00 pm lying on my steps outside when I was going out for dinner. I wanted her to come in the house but she didn’t want to. Instead, she went over to the tree and sharpened her claws. Everything seemed fine and I thought she’d be ready to come in when I returned home. By Sunday afternoon when she hadn’t returned, I knew something was dreadfully wrong. Monday morning I had received a phone call from the veterinary clinic. Someone had called them because they found Markie (who was wearing her rabies tag with the vet’s number on it). She was dead.
I contacted the man who had found her so I could make arrangements to pick her up. I met him and his wife at his place Monday at 5:30pm. He said when he and his wife backed their car out Sunday morning when they were going out, that’s when he saw her lying in his driveway. She had gone under his car during the night and had died there. Her body was already stiff. He removed her tags to call the number on the back of them. He had put her little body in a bag and placed her under his porch until I was notified. I asked him if she had been hit by a car, he said he didn’t think so since she looked fine and there was no blood or anything on her. I brought her to my farm which is out of town and buried her in a beautiful place (at the oak tree; picture below) where I’m sure if she was still alive, she’d absolutely love. 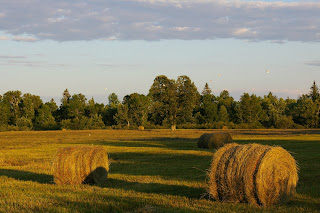 I’ve created this blog in her memory. I will be posting memories of her along with pictures and updates to the action I would like to take as far as the extermination companies are concerned.